Seismology is a young area of science that uses earthquake waves to image inside the Earth. Scroll down to see some of the major deep Earth discoveries from the past century, and check out the interactive Earth at the bottom of the page to find out more about the structures we are still trying to understand.

British geologist Richard Oldham discovered the Earth’s outer core. Earthquake waves interacting with this layer showed that the outer core is liquid, while the mantle is solid.

Danish seismologist Inge Lehmann detected an earthquake wave bouncing off the inner core. She suggested it might be caused by a change from a liquid to a solid core.

Increased nuclear testing during the global nuclear arms race caused a dramatic increase in seismometers and earthquake data. This led to the first detailed models of the Earth. Earthquake waves are not only monitored to study the Earth, but also to ensure that the Nuclear Test-Ban Treaty is being upheld across the world.

Improved data and better computers allow us to map the complex structures within the Earth. The Deep Earth Explorer team works on filling in the specific details within the Earth’s interior to improve our understanding of how the planet works.

Can you find what we work on in our model? Use the mouse to explore what’s inside the Earth and click for more information.

Can you find what we work on in our model? Use the mouse to explore what's inside the Earth and click for more information. 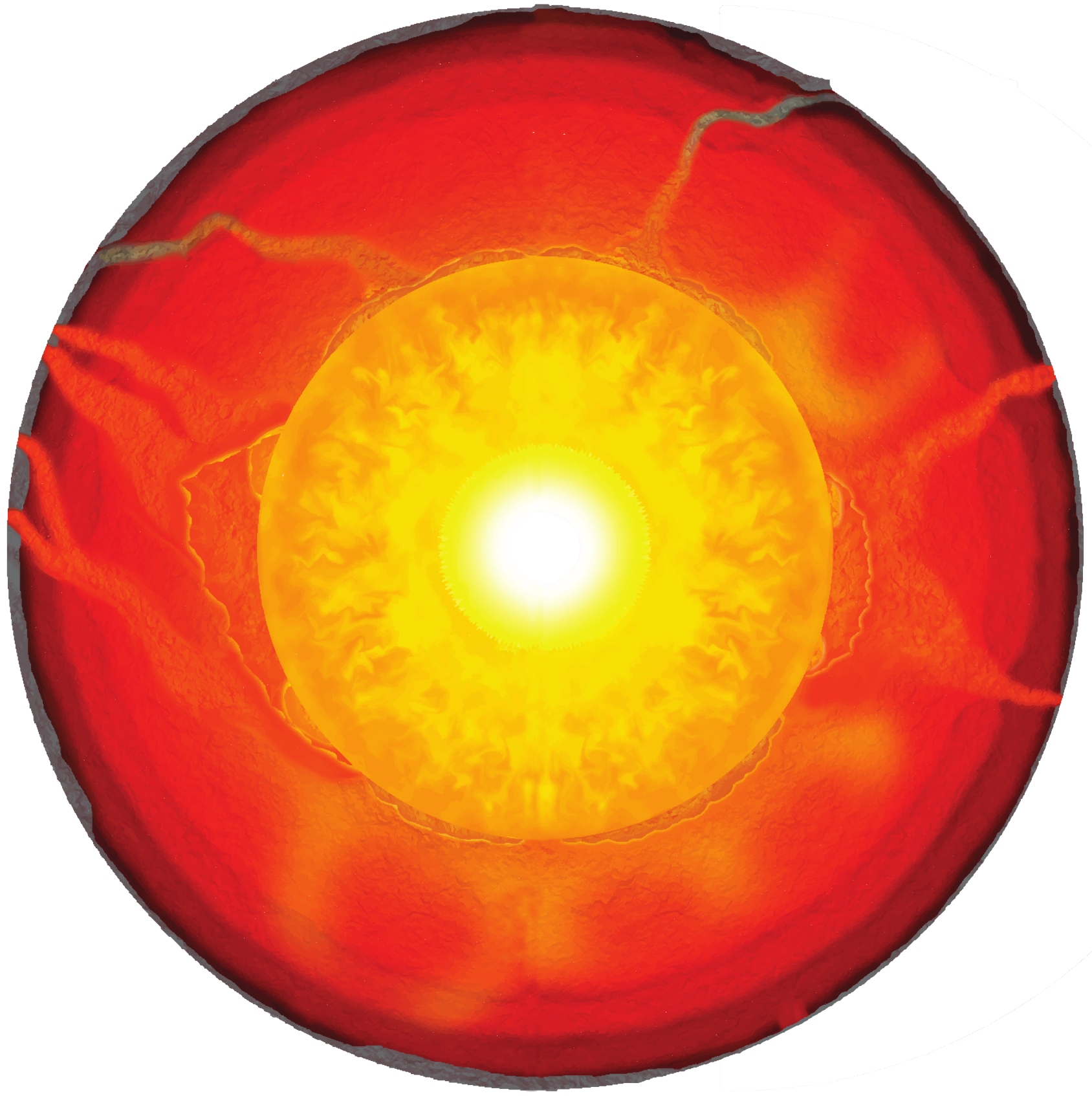 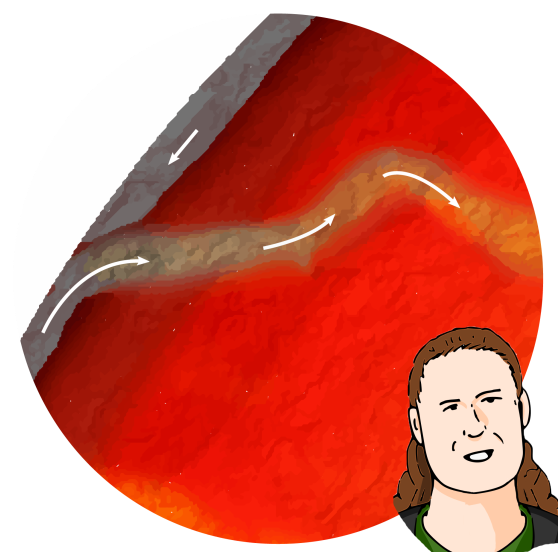 "Colliding plates cause the largest earthquakes on Earth. I use recordings from around the world of the earthquake waves they create."

In places where two tectonic plates collide, one plate sinks under the other, sometimes continuing deep into the mantle.

Diving tectonic plates are usually old parts of the ocean floor. One is sinking beneath Alaska and another beneath Greece. 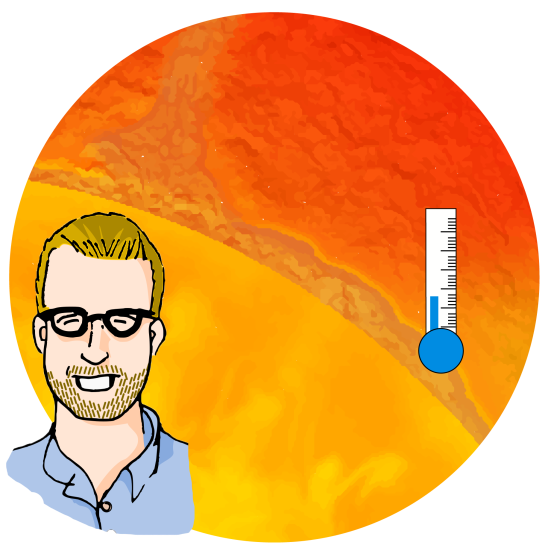 “We think plate graveyards may affect where mantle plumes occur. We wonder how long the plates stay in the graveyard. Eventually the material will heat up due to the core, and rise back up in mantle plumes.”

“I map out the edges of these mountains to understand their shape and size."

Two large mountainous structures sit on the core-mantle boundary beneath the Pacific Ocean and Africa.

Deep mantle mountains are probably made of a different material to the rest of the mantle. We call them Large-Low Velocity Provinces - LLVPs. 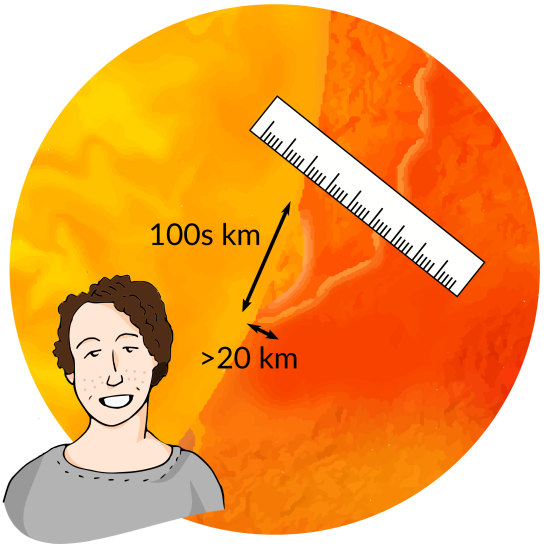 “We have only discovered a couple of these so far because they are so hard to image! I am working on this challenge to try and find more of them.”

Small, mysterious piles of dense material are found at the edges of the deep mantle mountains.

We call them Ultra-Low Velocity Zones - ULVZs. These may anchor mantle plumes, like the one seen beneath Hawaii. 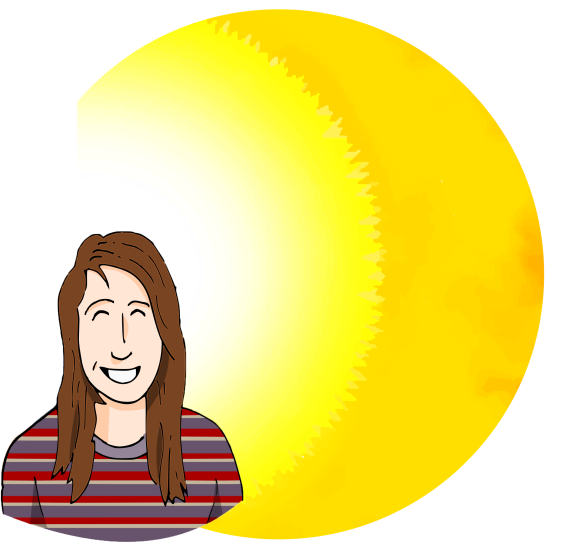 The boundary between the inner and outer core appears to be fuzzy. There might be large metallic spikes or crystal mush forming here as the liquid iron solidifies, creating the inner core. 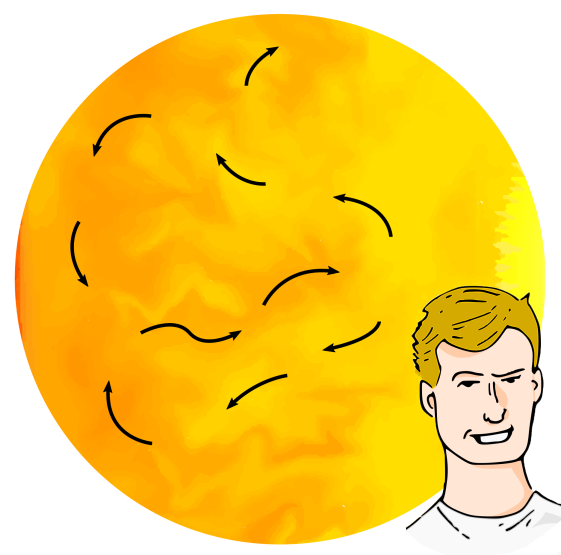 “We image structures at the core-mantle boundary which affect movement in the outer core, and therefore its magnetic field.“

The Earth's magnetic field is generated by the movement of molten iron in the outer core. It is this field that protects life from harmful solar radiation.

High temperatures mean the metal in the outer core is as runny as water, creating chaotic flows. 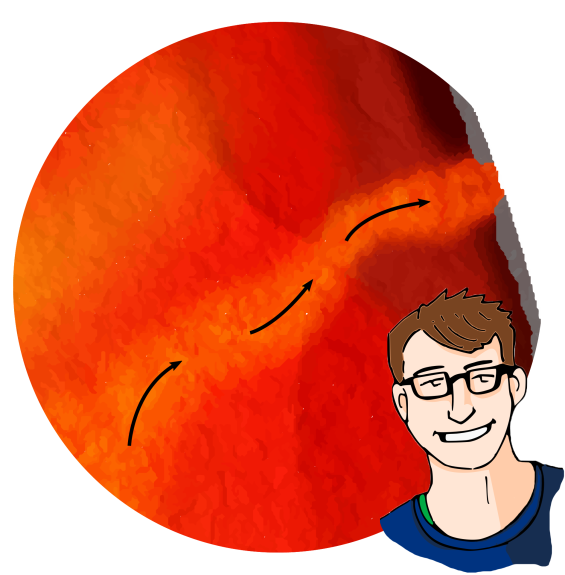 “I collect data on all mantle plumes across the globe.”

Plumes of hot rock rising through the mantle transport rock from the base of the mantle to the surface.